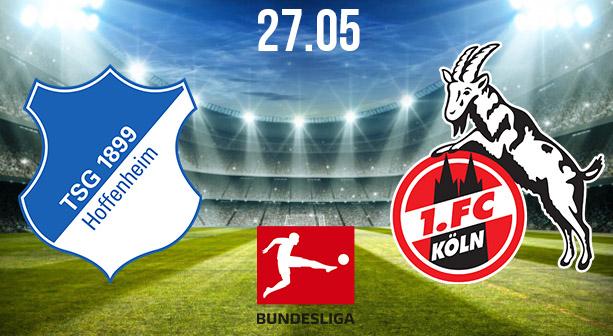 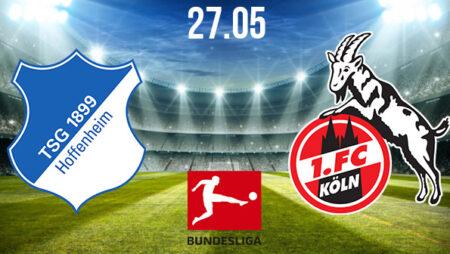 This is the battle on the mid table. Both Hoffenheim and Koln are still stuck on the ninth and tenth in the standings with only two-point difference. They also share the similar target, which is to qualify to Europa League next season. Yet, there are three other teams aiming for the same spot such as Schalke, Wolfsburg and Freiburg. No wonder that this clash will be inevitably tight.

Sebastian Rudy and Co wasted the opportunity to win over Paderborn last week while travelling there. They managed to take the lead first by the versatile Robert Skov’s powerful strike. Unfortunately, Ermin Bicakcic’s blunder gave the advantage for the home side to equalise. Dennis Srbeny took the chance by his curling shot to back of the net.

Koln did the same mistake as the previous week when they were taking on Fortuna Dusseldorf. Previously they failed to protect the lead. Last week, it was the other way around. Jonas Hector and Co were two goals down first by Keenan Karaman’s and Erik Thommy’s goal. Luckily, they managed to do come back in the last four minutes of the match after Mark Uth missed the penalty. Both Anthony Modeste and Jhon Cordoba scored through a header.

Alfred Schreuder might be deploying 3-1-4-2 again as he did last week. He only needs to avoid making the unnecessary mistake, which cost their prospective win. Unfortunately, there are a number of players on the sideline for this upcoming fixture, including a key figure Andrej Kramaric. The other names missing the game are Ishak Belfodil, Sargis Adamyan and Konstantinos Stafylidis. With such number of injured frontmen, Schreuder’s only option is by playing Ihlas Bebou or Munas Dabbur accompanied by Robert Skov, who performed quite well last week.

Markus Grisdol seems to be in favour of 4-2-3-1 formation. He relies on the former Hoffenheim and Schalke front man, Mark Uth and Florian Kainz, the Colombian John Cordoba and the experienced midfielder Jonas Hector. Grisdol’s tactical approach is an offensive football with long balls, crossings and long shots. Luckily, only the defender Rafael Czichos will be sidelined for this upcoming fixture.

UEFA devotion to the championship finale’s success in Lisbon

There are a number of key figures in Hoffenheim’s squad such as the Danish young star, Robert Skov who has scored four goals and provided four assists, the Czech right back Pavel Kaderabek with two goals and four assists and the defensive midfielder, Sebastian Rudy.

In Koln, the current top performers are Mark Uth with five goals and four assists, their top scorer, John Cordoba who has bagged 11 goals this season, Jonas Hector and Florian Kainz. Another notable player in the squad is the Tunisian Ellyes Skhiri.

Since both teams are aiming for the points to bump up their position on the table, it will be quite tough to decide the winner. Nevertheless, considering both sides’ form lately, none shall manage to seal three points. A draw will be the most reasonable result.

It is considerably an even match. According to the punters, Alfred Schreuder’s men are priced to win at 2.40. The draw result is at 3.45, while Markus Grisdol’s men are backed to win at 2.95.