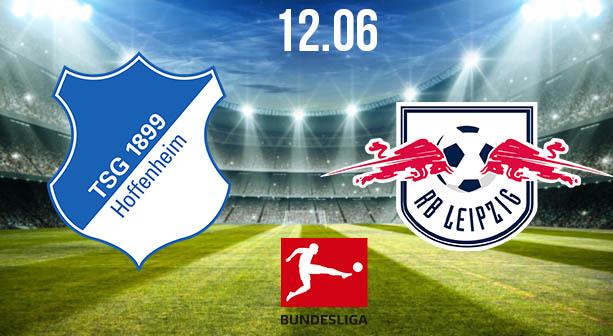 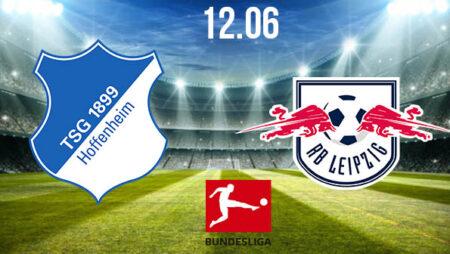 Matchday 31st on Bundesliga marks the return of Julian Nagelsmann to PreZero Arena for the first time since being appointed as Leipzig manager. It will definitely be a reunion with mixed feeling as he will have to lead his team for a win to seal his Champions League spot immediately while Hoffenheim needs three points too for his Europa League place. It will be a tight and entertaining clash.

Sebastian Rudy and Co wasted their chance to win over Fortuna Dusseldorf last week while travelling there. They were one goal behind first as Rouwen Hennings scored through a header. Yet, they could respond twice by Munas Dabbur and Steven Zuber despite the fact that their captain, Benjamin Hubner, was sent off at the first half. Unfortunately, the possible three points were out of their hand as Rouwen Hennings once again netted by a penalty.

Leipzig’s result last weekend was even more hurtful as they were unable to seal maximum points while hosting Paderborn, which lays at the bottom in the standings. Timo Werner and Co opened the score sheet at the first half by Patrick Schick. However, that was the only goal they could score despite knocking on the doors of the visitor’s defence most of the time. In fact, they conceded at the stoppage time as Chrstian Strohdiek took advantage of the rebound inside the penalty box.

The return of Andrej Kramaric from his absence is the positive news for their Europa League campaign. He is likely to be the main frontman in the possible 4-2-3-1 or 4-3-2-1 formation supported by Robert Skov, who could play deep to help the defense line, Christoph Baumgartner and Steven Zuber on the attack. Alfred Schreuder surely loses Benjamin Hubner due to his suspension and Ishak Belfodil, Sargis Adamyan plus Jacob Bruun Larssen on the injury table.

Julian Nagelsmann is likely to deploy 4-2-2-2 again. Timo Werner and Patrick Schick will be the duo forward as in the past few games since Yrary Poulsen is still injured. The former one is obliged not to waste decent chances to score anymore, which he did in Paderborn’s home base last week.

There are a number of key figures in Hoffenheim’s squad such as the Danish young star, Robert Skov who has scored four goals and provided six assists, the Czech right back Pavel Kaderabek with two goals and four assists and the Austrian defender Stefan Posch.

In Leipzig, their star Timo Werner, who is currently in progress of negotiation to move to English Premier League next season, must not lose focus to finish his job for the remaining games. Some other key figures lately are the Czech international Patrick Schick, who has scored consecutively in the last three matches, Christopher Nkunku and the La Masia graduate, Dani Olmo.

In this battle for European place, the home side has an ambition to end Leipzig’s unbeaten run, but Julian Nagelsmann’s men absolutely will not that happen. They even have to avoid being stumbled again to lose points. Otherwise, they will be edging over to the fifth and losing the UCL spot. Nevertheless, a draw seems fair considering both teams’ current trend.

It might be expected to be an even match. Yet, Alfred Schreuder’s men are only priced to win at 6.00. The draw result is at 4.90, while Leipzig’s side is backed to win much higher at 1.46.