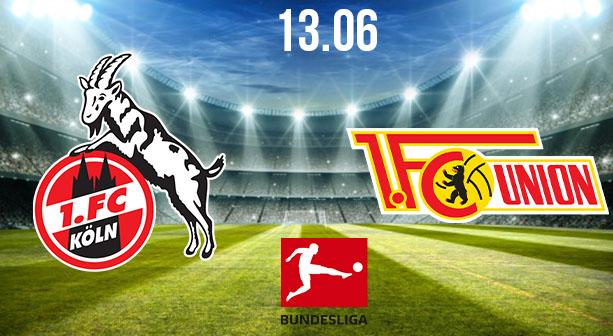 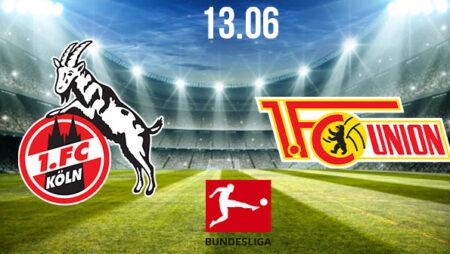 This is the battle for avoiding relegation between two teams which have had series of worrying results. Koln is currently on the 12th of the table while Union Berlin is just two places below them. With only three points separating them, the game is potentially tight as well as entertaining. Although the chance for the goal galore is rather unlikely since both share similar issues at the front, lacking of clinical finish.

Koln failed to win again in their previous fixture while visiting Augsburg. In spite of taking the lead by Anthony Modeste who came from the bench on 85th minute, their advantage only lasted for three minutes as the host equalised by Phillip Max’s goal. Their winless streak stretches to six now. What’s more, Mark Uth and Co wasted their opportunity to bump up their position to eleventh.

Union Berlin was no different. Their misfortune endures with eight winless run so far. Last week, they also had a 1-1 draw while taking on the hapless Schalke. Robert Andrich opened the score sheet on the 11th minute. Yet, it was equalised by Jonjo Kenny seventeen minutes later. Their domination on their attacking attempts was in vain as Alexander Nubel played quite well during the game.

Markus Grisdol is still in favour of 4-2-3-1 formation again. He counts on the former Hoffenheim and Schalke front man, Mark Uth and Florian Kainz, the Colombian John Cordoba and the experienced midfielder Jonas Hector. Anthony Modeste could be an option to break the deadlock if either Mark Uth or Jhon Cordoba is not in their peak form.

Urs Fischer is likely to deploy his 3-4-3 or 3-4-2-1 formation despite the result. The Swede Sebastian Andersson will still be the main frontman supported by Marcus Ingvartssen and Marius Butler. However, Anthony Ujah, who was the man of the match last week and provided an assist, could be given a chance at the starting IX again.

Ronald Okoth: It is time to do justice to the women’s football

In Koln, John Cordoba may be the top scorer with 11 goals this season but Anthony Modeste has scored three goals since the restart. The 32-year old French forward is worth watching over. Some other notable names to watch are the winger Ismael Jakobs who has netted twice and provided two assists, and the goalie Timo Horn.

In Union Berlin, their top performers of this season are their top scorer Sebastian Andersson with twelve goals, the top assists provider Christopher Trimmel with seven assists. In addition, the Nigerian Anthony Ujah can be brought on to improve their attacking lines.

Markus Grisdol’s men should optimise this outing to end their negative trend and improve their position in the standings. However, the main questions for them still remain on how effective they can be in the penalty box and how well in protecting their lead. Once they can overcome such constant issue, then the three points will eventually come to them as Union’s form on the road is unconvincing. A narrow win for the home side is more possible.

Koln is seemingly the slight favourite. They are projected to win at 1.95. Urs Fischer’s men’s win market is only at 3.80. The odds for the draw result are a bit higher at 3.60.