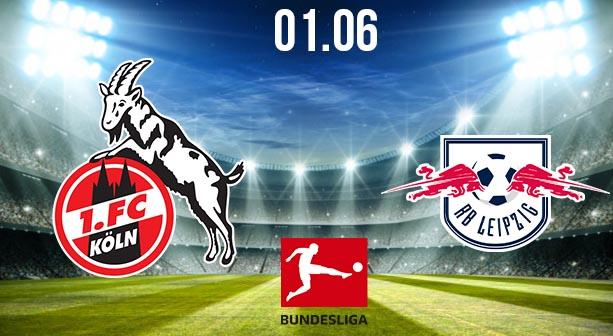 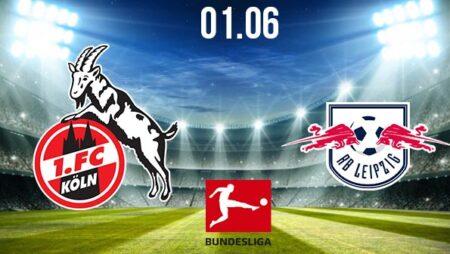 RB Leipzig’s hope for joining the title race this season does not seem to come to reality. Despite having six games left, they are already nine points behind the defending champions, Bayern, which is again unstoppable. Their reasonable target for them now is to improve their form and secure the Champions League spot. Their next fixture is supposedly less challenging than the previous one as they only take on FC Koln, which currently sits on the eleventh of the table.

Mark Uth and Co had to lose 1-3 on the road while facing off Hoffenheim in the midweek fixture. They conceded three goals first by Christopher Baumgartner’s brace and Steven Zuber’s strike. Koln could only respond one by Florian Kainz’s goal. Unfortunately, Mark Uth wasted another opportunity to reduce the margin on the score sheet as he missed the second penalty consecutively in the last two games.

Leipzig, on the other hand, stumbled again on Wednesday, which certainly cost their opportunity to pick up maximum points. Their prospective win against Hertha Berlin was denied by Krystof Piatek’s penalty at the stoppage time. Timo Werner and Co were one goal behind as Marko Grujic scored. However, they quickly stroke back and responded by Lukas Klostemann’s header. Leipzig was even able to turn things round as Hertha’s goalie was unable to anticipate Patrick Schick’s shot properly. Yet, their hope to seal a win dashed once their opponent was given a penalty due to Adebola Lookman’s tackle on Matheus Cunha.

Markus Grisdol might be deploying 4-2-3-1 formation again. He relies on the former Hoffenheim and Schalke front man, Mark Uth and Florian Kainz, the Colombian John Cordoba and the experienced midfielder Jonas Hector. Grisdol’s tactical approach is an offensive football with long balls, crossings and long shots. However, some names such as Rafael Czichos, Marcel Riise and Sebastian Bornauw will be sidelined.

Julian Nagelsmann has opted for various formation from 4-2-2-2, 4-2-3-1, 3-1-4-2, 3-4-2-1 to 4-4-2 or 4-3-1-2. For the maximum points, deploying more offensive formation as the first one would be ideal to win with a big score. The AS Roma loanee Patrick Schick is likely to be put in the starting eleven as the frontman alongside Timo Werner as Yussuf Poulsen is ruled out along with some other names such as Kevin Kampl, Ibrahim Konate and Marcel Halstenber. However, if a more mobile forward is needed, Emile Forsberg can be given a chance.

In Koln, the current top performers are Mark Uth with five goals and four assists, their top scorer, John Cordoba who has bagged 11 goals this season and Jonas Hector. Another notable player to watch is Florian Kainz.

In Leipzig’s squad, Timo Werner is definitely the key figure with twenty four goals and seven assists. Other notable names lately are the Frenchman Christopher Nkunku and the Austrian midfielder who excels at long shots, Marcel Sabitzer. He has bagged nine goals and provided six assists in Bundesliga.

Leipzig should not have any difficulties to seal three points here. Considering the home side’s winless run since Bundesliga resumed and Julian Nagelsmann’s men ambition not to disappoint themselves, they could even win with a big score.

The game is likely to be one sided with the visitor as the dominant one. Julian Nagelsmann’s men are backed to win at 1.53, which is much higher than the host’s win market is only at 5.50. The odds for the draw result are at 4.35.