Freiburg vs Werder Bremen Preview and Prediction: Bundesliga Match on 23.05.2020 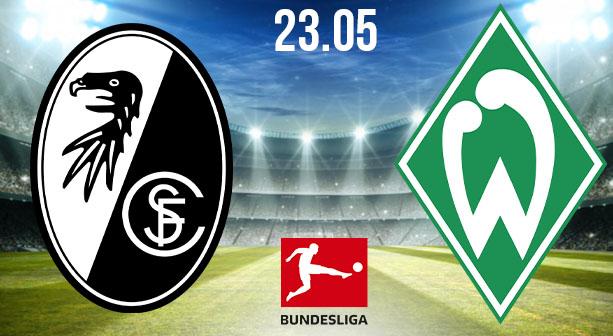 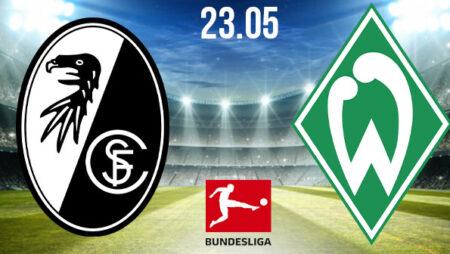 Freiburg is approaching to the European zone this season and aim for sealing one spot to qualify as they are currently on the seventh of the table. Their confidence is high after quite a positive result as Bundesliga resumed last week. This weekend would be a great opportunity for them to finally pick up three points while hosting Werder Bremen, which are still struggling in the relegation zone.

Niels Petersen and Co surprised their opponent, RB Leipzig after holding them in a 1-1 draw last weekend. They took the lead before the end of the first half as Manuel Gulde scored by taking the advantage of a set piece scenario. Freiburg was able to frustrate Leipzig with their layered defence line before the home side equalised. Yrary Poulsen eventually found the back of the net before the final whistle.

Werder Bremen, on the other hand, had worse start last week. They were hammered by Bayer Leverkusen 1-4 at home. Kai Havertz bagged a brace plus two other goals by Mitchell Weiser and Kerem Demirbay. Their equalising goal by Theodore Selassie at the first half was in vain. It was another disappointing result from Florian Kohfeldt’s men.

Christian Streich is likely to be in favour of a more pragmatic formation as he did last week to create frustration among Leipzig front men while stepping into their defensive line, and it really worked. The 3-4-2-1 or 3-4-1-2 might be opted again but with more focus on the attacking side to maximise shots on goals. Niels Petersen and Luca Waldschimdt can be picked in the line up as the duo front men supported by Vicenzo Grifo as the number 10.

Meanwhile, Florian Kohfeldt really needs to strive for deploying the best tactic for each game this season to save Bremen’s campaign this season and himself. The 4-3-3 formation was a fiasco last week. Thus, he could opt for 4-4-2 which offer balance on offensive and defensive sides. The back four can consist of Marco Friedl and Niklas Moisander in the centre and Ludwig Augustinsson plus Gebre Selassie as the wing back. In the midfield, Nuri Sahin, Davy Klaesen, Leonardo Bittencourt and Maximillian Eggestein are the best option for providing such balance, whereas at the front, Yuya Osako and Milos Rashica are the top performers this season. They both scored eleven goals and provided five assists altogether.

In Freiburg, their current top performers this season are the defender Nicolas Hofler, the main forward Niels Petersen with eight goals and two assists plus the left wing back Christian Gunter. Another notable key man is the Italian Vicenzo Grifo.

As for the visitor’s side, they rely on Milos Rashica of Kosovo with his seven goals and four assists, the Dutch Davy Klaessen and the Japanese Yuya Osako to score goals. Another key name in the squad is the versatile wing back, Theodore Gebre Selassie.

Playing the game behind closed doors can nullify the home advantage as both teams are more equal now. This should be what Davy Klaessen and Co have in mind as they need to start winning in these crucial weeks. They have more versatile and experienced names in the squad than the home side. However, if Freiburg could have a solid defense as last week, Bremen’s rescue mission might be in trouble. A draw seems a fair result for them.

Freiburg is still quite a favourite for this match. They are priced to win at 2.20, whereas the visitor’s odds to win are at 3.20. The draw result is at the value of 3.65.