Leeds United vs Fulham Preview and Prediction: EFL Match on 27.06.2020 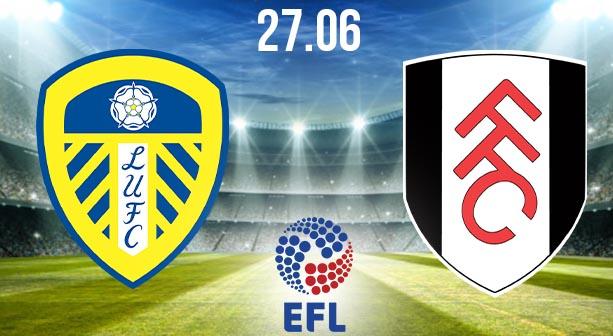 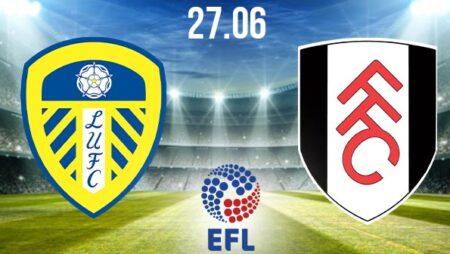 The two teams on the top three of the table, Leeds United and Fulham, will be squaring off this weekend in Elland Road. The host is making their second attempts to make their return to Premier League after their failure last season. Leeds United’s current boss, Marcelo Bielsa, who has been considered as one of the most genius football managers by Pep Guardiola, will need to prove that his arrivals there can make the difference in the club’s history.

Bielsa’s men made their return after the COVID break with a disappointing result while travelling to Cardiff. They were crushed two nil by the host. David Hollet opened the score sheet at the first half after taking advantage of Leeds’s defender’s blunder. Things in fact were not getting any better as Robert Glatzel extended their lead despite dominating the game. Such result sadly ended their six successive win.

Fulham were no different last weekend while hosting Brentford in the West London derby. They were also defeated 0-2 by the most surprising dark horse this season. Said Berahma and Emiliano Mascondes scored the visitor’s winning goals.

Marcelo Bielsa has always been in favour of 4-1-4-1 formation. Patrick Bamford is the targetman with the support of Helder Costa and Jack Harrison on both flanks while Matheusz Klich and the former Valencia man, Pablo Hernandez will be the midfielders behind the striker.

His counterpart, Scott Parker often deploys his favourite 4-3-3 formation with transition to 4-2-3-1 sometimes. This former Chelsea man counts on the Serbian international Alexander Mitrovic as the front man supported by the Portuguese Ivan Cavaleiro and Anthony Knockaert as the wingers.

Leeds under the former Argentina national team and Athletic Bilbao boss counts on a number of key figures. The most famous one is probably the 35-year old Pablo Hernandez with his six goals and assists each. Some other names to watch are their top scorer Patrick Bamford who has netted 13 goals and provided two assists, the versatile Luke Ayling and the top assists provider Jack Harrison.

Meanwhile, on Scott Parker’s side, the former Newcastle front man, Alexander Mitrovic has been the deadly players in the opponent’s defence. He has bagged 23 goals this season. Other notable figures in Fulham are the Scots Tom Cairney, Joel Bryan and the former Wolverhampton man, Ivan Cavaleiro.

This is a decisive match for both, even if it is just one of the eight games remaining. For the host, it has been far too long to play outside the top flight. This season is Luke Ayling and Co’s best chance to be promoted to the first tier. A win will certainly bring them closer to such target, whereas for Scott Parker’s men, three points will boost their confidence to be back to Premier League hopefully via direct path by climbing to the top two instead of by play off. A draw might be a fair result but a narrow win for the home side is still more likely.

Leeds United is seemingly regarded as the favourite. They are in the higher win market at 1.71, whereas Alexander Mitrovic and Co are projected to win only at 4.70.  The draw result is at the value of 3.75.