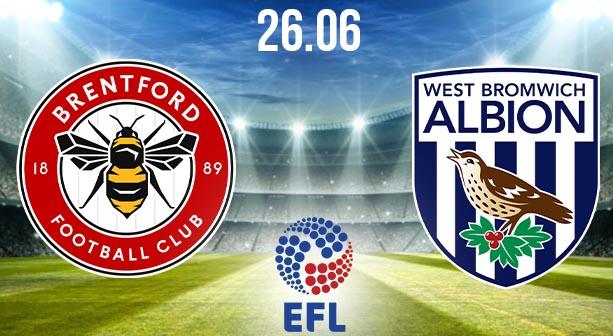 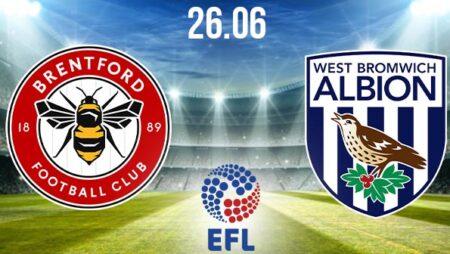 Brentford has been the most surprising dark horse in Championship this season. They are currently on the fourth of the table fighting over one spot for the top flight next season. This weekend will be one of the most crucial matches in their campaign as they will be hosting the leader of the standings, West Bromwich Albion. It is likely to be a tight clash.

The Bees began their promotion campaign after the restart by crushing Fulham 2-0 in a West London derby. The Algerian international Said Berahma scored a late opener in the second half. They even could double the lead by Emilioano Marcodes’s strike after taking advantage of the counter attack.

West Bromwich, on the other hand, failed to extend their lead on the table from Leeds Utd as they were held in a goalless draw while hosting Birmingham City. Jake Livermore and Co were unable to optimise a number of decent opportunities in the penalty box.

Thomas Frank seems to opt for 4-3-3 formation, as he always does this season. Yet, he will not be able to have his three players ready on the bench next Friday. Two of them, Nikolas Carelis and Sergi Canos, are on the sideline, while another one, Bryan Mbuemo, has been confirmed to be positively infected by COVID-19. Nevertheless, their absence will not give too much impact to Brentford’s best starting IX.

Slaven Bilic’s side often deploys his favourite formation 4-2-3-1 relying on Matheus Ferreira as the source of creativity by playing as a number ten. He will be supporting the Welsh international Hal-Robson Kanu, the Irish Callum Robinson and Grady Diangana. On their injury table, only Nathan Fergusson is ruled out.

Brentford has been well-known for its Nordic connections with at least six Scandinavian names in the squad. The most notable one is the Danish captain Henrik Dalsgaard. Some other key figures in the team are another Danish Christian Norgaard, the Swedish Pontus Jansson and one of the scorers in the previous game Said Benrahma.

Meanwhile, West Bromwich’s top performers this season are the Brasilian Matheus Pereira who is currently their top assists provider with 12 in total so far, the experienced defensive midfielder, Jake Livermore and the Scottish international Matt Phillips who has bagged seven goals and provided six assists.

The home side’s remarkable form this season has been notable, which is necessary to make their return to the top flight for the first time since World War II. Their eleven games unbeaten run might continue if Slaven Bilic’s men are not careful. West Brom’s form on the other hand, is still in need of improvement after the restart. However, their squad has more potential and full of a number of experienced players. Thus, a draw is seemingly the most suitable result.

There is no clear favourite for this game. The punters seem to bet on the host. They are backed to win at 2.35, whereas the West Brom’s odds to win are at 3.10.  The draw result is at the value of 3.20.