Valencia vs Levante Preview and Prediction: La Liga Match on 12.06.2020 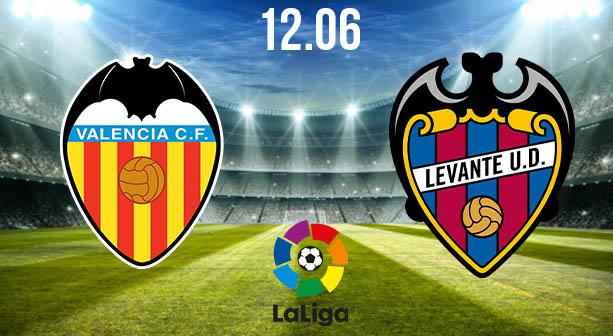 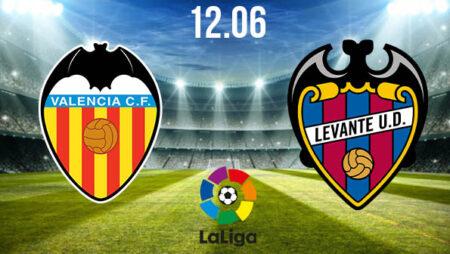 Another derby match is also on the clock in this week’s fixture. Valencia will be up against their local contender, Levante in jornada 28. Los Ches is on the seventh of the table and still competing Atletico Madrid, Getafe, Real Sociedad and Sevilla for the remaining two Champions League spot next season. On the other hand, Levante is still on the 13th with no specific mission but to keep them safe in the top flight next season.

Albert Celades’ men’s form before the break was rather disappointing with only one win in their past five games. In the last fixture, they were held by Alaves 1-1 at home. Before La Liga resumes, they managed to extend the loan deal for Roma’s wing back Alessandro Florenzi and recently are considering on offloading Jasper Cillessen whose form has been below expectation. Furthermore, Valencia is aiming to sign Chelsea’s Pedro for the summer.

Meanwhile, Levante had a similar result before the break while hosting Granada. They had a tight 1-1 draw. Roger Marti gave them the lead before Darwin Machis scored an equaliser. However, it was their goalie Aitor Fernandez who deserved more credit as he was able to deny a number of Granada’s opportunities to add the goals on the score sheet. In the transfer talk, their loanee, Moises Simon is currently holding a negotiation for a permanent move to Nantes.

The former U-21 Spain manager, Albert Celades is in favour of 4-4-2 or 4-2-3-1 with rather direct football approach instead of ball possession tactics. Maxi Gomez is the main forward supported by Rodrigo Moreno, Dani Parejo and the versatile Danish international Daniel Wass.

Their counterpart under Paco Lopez has always been employing 4-4-2 as well with more pragmatic approach. He relies on their current top scorer, Roger Marti and the former Real Madrid man, Borja Mayoral as the duo frontmen. Such seems to have work well against the stronger side, including their shocking victory against Real Madrid.

Los Ches’s key figures in the team this season are the captain Dani Parejo who has bagged eight goals and three assists, Maxi Gomez with nine goals and two assists and the wing back Daniel Wass. Another notable name is Ferran Torres, who is under the top English club’s radar for the summer signings.

Levante’s current top performers this season are the goalie Aitor Fernandez, their wingers Jose Campana, Ruben Rochina and last but not least, their top scorer Roger Marti with his eleven goals so far.

Dani Parejo and Co should have the slight advantage despite playing behind closed doors. They have better attacking side. Yet, their system of play seems to be easily anticipated as they rely on long shots and crosses more. This could be leading to another failure for them to secure points in Mestalla, if Celades does not prepare a plan B. Not to mention the better form of the visitor’s goalie, another draw seems to be more likely for them.

Leopards boss distances himself from the premier league’s protest

According to the punters, the host is the clear favourite. They are backed to win at 1.75, whereas the draw result is at 4.10. Roger Marti and Co are only projected to win at 4.35.