Southampton vs Arsenal Preview and Prediction: Premier League Match on 25.06.2020 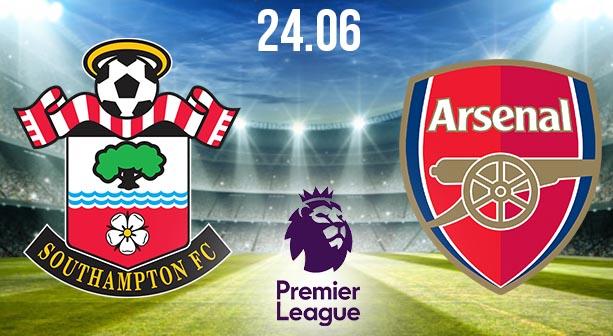 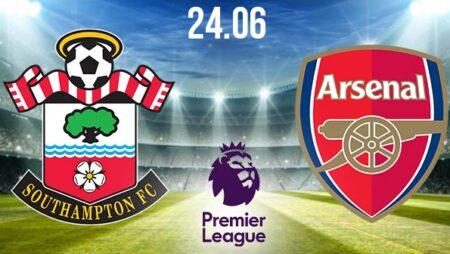 The change of command from Unai Emery, Fredrick Ljumberg then to Mikel Arteta in Emirates stadium has not given much impact to their campaign yet this season. They are still stuck at the mid table with forty points. Their chance to qualify to Europa League is still open if they can improve their form. Unfortunately, such is still unseen. In this midweek fixture, they will be facing off Southampton, which is on the fourteenth of the table, on the road. The Saints are looking for three points to bump up their position.

The Saints restarted their campaign with a convincing 3-0 win over Norwich last week in Carrow Road. Danny Ings netted an opener followed by his assist to Stuart Amstrong. Their party in Norwich was closed by Nathan Redmond’s goal.

The Gunners, on the other hand, lost again while travelling to Brighton despite leading first by Nicolas Pepe. Yet, Lewis Dunk’s and Neal Maupay’s goal turned things round. It was quite a comeback for Brighton and fairly shameful for Arsenal, especially Pierre Aubameyang who missed several chances.

The former RB Leipzig boss, Ralph Hassenhutl might be employing 4-4-2 formation with the possible transition to 4-2-2-2. Danny Ings would be the main option at the front accompanied by possibly Michael Obafemi as Moussa Djenepo and Shane Long are ruled out due to their suspension and injury.

Meanwhile, Mikel Arteta is likely to deploy 4-2-3-1 formation with the transition to 4-3-3. However, some key players will be sidelined due to the injuries such as Granit Xhaka, Callum Chambers, Cedric Soares, Bernd Leno, Lucas Torreira and Sokratis Papastathoupoulos, while David Luiz still serves his ban. The lack of option in the midfield might force him to pick Dani Ceballos, Matteo Guendozi and Bukayo Saka in the starting IX.

Southampton top performers under Hassenhutl this season are James Ward-Prowse and Danny Ings. The former has netted four goals and made three assists while the latter, who used to play for Liverpool, has managed to score sixteen goals and provided two assists. Another figure to watch is the Scots Stuart Amstrong.

The Gunners’ future seems to lie on the hand of Nicolas Pepe. This Ivorian winger has bagged seven goals and provided eight assists in all competitions. Some other possible key names in Arsenal’s future are Matteo Guendouzi, Gabriel Martinelli and the former Real Betis man, Dani Ceballos.

Arsenal’s dark days seem to be far from over yet. Mikel Arteta might need more time to optimise his team. This could jeopardise themselves in this upcoming fixture as Hassenhutl’s men’s confidence is high. Unless the Gunners come up with a stunning tactics, it is rather unlikely to expect them snatch points in Saint Mary Stadium.