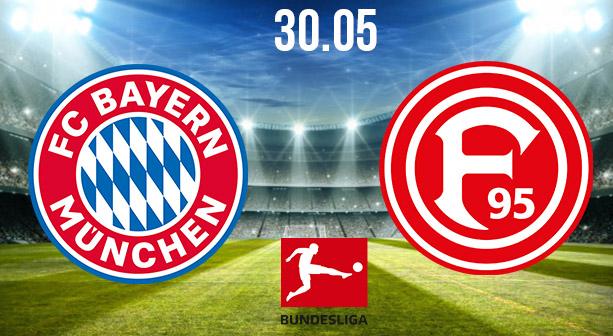 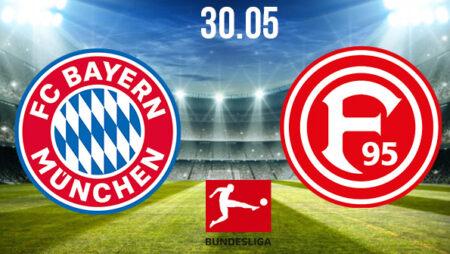 The title race for this season is practically almost over for Bayern. They have seven points advantage on the top from the runner up and are in progress for their 8th consecutive title in Bundesliga. This weekend Thomas Muller and Co will only meet Fortuna Dusseldorf, which is still struggling at the relegation zone. It will be an easy game as expected.

Die Roeten finally managed to win over their classic rival for the past ten years, Borussia Dortmund by a single goal from Joshua Kimmich. Despite being dominant in the match, they had to strive to score and it was a quite a lucky chip from the German international who was expected to take over Phillip Lahm’s role four years ago. The game was actually even so it was more of their tactical win

Meanwhile, Rouwen Hennings and Co were able to pick up three points while hosting Schalke in the midweek fixture. They could come back from one goal behind in this game. Weston McKennie gave the lead for The Royal Blues first but Dusseldort replied twice by Rouwen Hennings’ and Keenan Karaman’s header. It was a win they need for the safety.

Hans Dieter Flick has always been in favour of 4-2-3-1 formation. His squad definitely consists of better players than Bayern’s next opponent this weekend. Therefore, Flick might not need to play their best starting eleven to seal another win here. Playing Serge Gnarby or Joshua Zirkzee instead of Lewandowski as the frontman could be considered to give some rest to the Polish international.

As for Duesseldorf, Uwe Rosler, who previously spent his managerial career in Scandinavia and England, tends to deploy a pragmatic formation like 5-3-2 with the transition to 3-5-2. Keenan Karaman and Rouwen Hennings will still be the duo forward supported by Erick Thommy, Kevin Stoger and the Kosovo international Valon Berisha. Such formation might be suitable to at least close down and create frustration among Bayern’s forwards.

With the possibility of resting Lewandowski on the bench, Serge Gnarby might be opted for the targetman. He has scored eleven goals and provided nine assists this season. Another scenario is by playing the Dutch youngster, Joshua Zirkzee, who has netted three goals in Bundesliga.

Hans Flick’s men are definitely the clear favourite to have another win to seal the title as early as possible before focusing themselves on the next target, winning Champions League next August. It should be an easy win for the home side. Dusselforf will have to work hard to concede as few as possible.

Wolverhampton vs Arsenal Preview and Prediction: Premier League Match on 4.07.2020