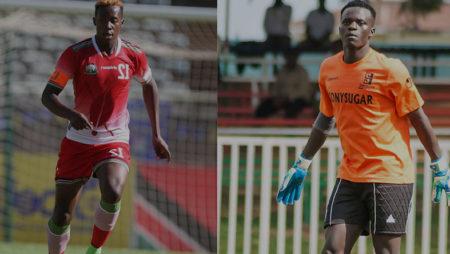 Omondi, a 29-year-old Tusker FC striking powerhouse inspired Kibwage from a junior level to the professional level he has reached over the years. Kibwage had the added advantage of sharing a neighborhood, Police Band in South B, with Ade.

“He was way much older than me but everyone in our neighborhood knew how talented he was. I used to admire him and would follow him on the pitch. We became good friends despite the age difference and he would allow me to play with his peers,” said the captain.

“He would later join Gor Mahia straight from Lang’ata High School and that really inspired me. He would gift me with jerseys and urge me to work hard and I think he really played a big role in my formative years as an upcoming footballer,” Kibwage added.

When the Kenya Commercial Bank (KCB) defender was picked to wear the captain’s armband he stated: “It is so motivating and encouraging to me to captain the national team, despite not qualifying to the next round,”

His passion remains intact while the desire to improve keeps on burning.  He strongly believes in his team’s potential since he joined the bankers from AFC Leopards in 2018.

From his point of view, they had a chance of winning the KPL title or finishing among the top three. When FKF halted the league, KCB was fifth in the standings with 42 points having played 23 matches.

“I know the league was halted due to the coronavirus but I feel we should have waited for a month to see if the situation would have improved to allow the games to continue,” he said.

The Centre-back has attracted international interest as Zambian giants Zanaco intends to sign the player at the beginning of the season.

Meanwhile, the defender’s ambition is to play in the Caf Champions League in the near future.