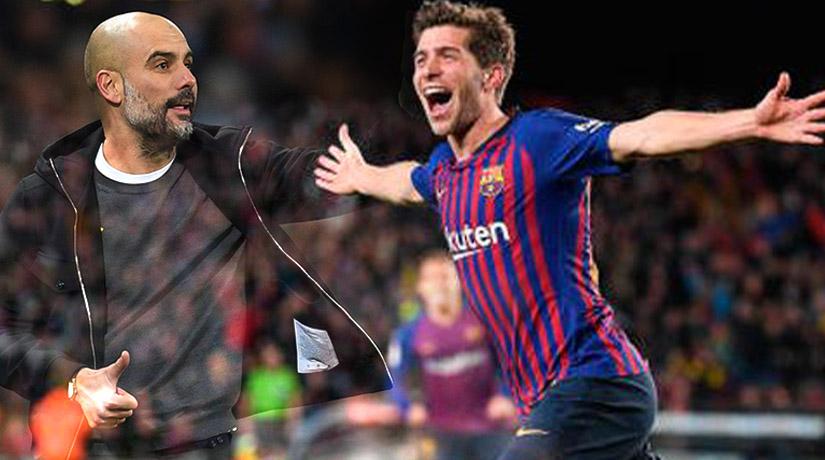 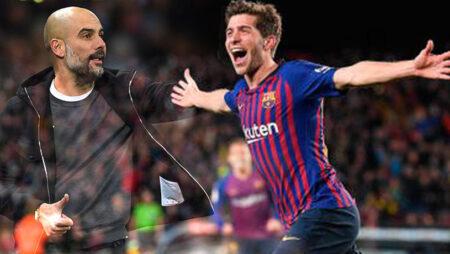 Guardiola’s squad aims at reclaiming its title as Liverpool are on course to end City’s dominance of the league. The City’s are 25 points behind Jurgen Kloop’s team in the league.

Roberto has been identified as a player to help City accomplish the mission. Guardiola has always rated the versatility of the fullback and the midfielder.

Barcelona has made it clear that they will not accept players in exchange for Sergi Roberto. They will be part of the business Manchester City will sign Roberto on a permanent deal.

City director Txiki Begiristain, previously a board member at Barca, is said to be aware of the Spanish champions’ openness to selling Roberto and is reportedly awaiting the consent of the club to commence negotiations.

Sergi Roberto,28, one of Barcelona’s captains, has a contract at Barca until 2022 and he was going to stay at the club. A good offer from his suitors could change things.

The Spain international was part of Barcelona’s famous La Masia academy. He made his debut in the 2010-11 season at the age of 18. Roberto has made a total of 274 appearances for Barca, scoring nine goals for the club.

The versatile midfielder treasures each moment he has had at the Nou Camp. He recalls the time when he joined FC Barcelona at the tender age of 14.

“At that time, and until I was 16, I was living at home in Reus, so I came here every day for training, and then I returned to my home with my parents.” He said

“Then I moved to La Masia, where I was living and training with the rest of my team-mates. So yes, we could say that this is my home as well.” He explained

He added: “I’ve been a FC Barcelona fan since I was a little kid.

“So, every day, when I come here for training and I see that big FC Barcelona badge, when I put on that Barça training shirt, it feels like it’s a dream come true.” Affirmed Roberto.