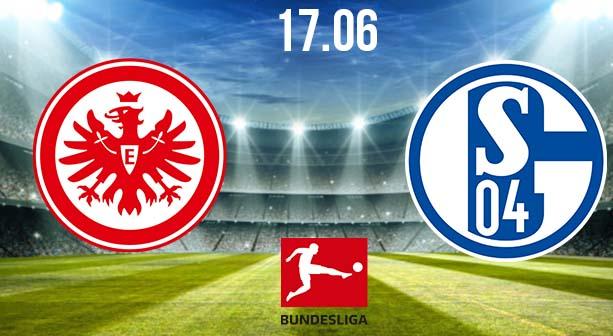 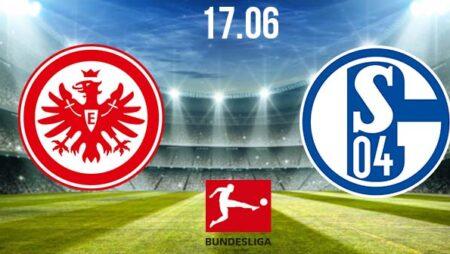 Frankfurt’s form in the past six games has been up and down with three wins, two defeats and one draw. Such indicates their inconsistency. However, their position is slightly improving as they are sitting on the tenth. With only three games left, they are racing against the time to steal one spot in Europa League qualification. This midweek match would be one of their important ones as they will be facing off one of their closest contender, Schalke.

Filip Kostic and Co were back on winning days after shockingly beaten against Mainz before. Last week, they stunned Hertha Berlin and smashed them 4-1 on the road. At first, they were one goal behind as Krystof Piatek found the back of the net at the first half. Apparently, the lady luck smiled on their side as the host’s defender, Dedryck Boyata was sent off. The second half belonged to Frankfurt entirely with Andre Silva as the star. He netted a brace after providing an assist for the equaliser. Another one was scored by Evan Ndicka.

Meanwhile, Schalke once again failed to win in the last week’s outing. They had a 1-1 tight game while hosting Bayer Leverkusen. They took the lead first by Daniel Caligiuri’s penalty but once more the prospective three points were out of their hand as Juan Miranda made an own goal.

Adolf Hutter is likely to deploy 3-4-1-2 or 4-3-1-2 again so that he could maximise their strength on long balls with Flip Kostic and Timothy Chandler as the key men plus playing Daichi Kamada behind the two strikers Bast Dost and Andre Silva. Hopefully they could score more goals and seal a big win.

His counterpart, David Wagner, seems to have found a fairly suitable 4-4-2 formation for the available squad. Ahmed Kutucu is likely to be at the front accompanied by Rabbi Matondo. Sadly, Wagner’s option in the midfield is getting more limited as Daniel Caligiuri is suspended. He joins the other six names on the sideline such as Benjamin Stambouli, Guido Burgstaller, Suate Serdar, Armine Harit, Salif Sane and Omar Mascarell. Therefore, Weston McKennie, Alessandro Schopf, Michael Gregoritsch and Benito Raman are the best possible one he has on the second line.

The Serbian international Filip Kostic has brought real threats for Frankfurt’s opponents this season with his powerful crossing and shots. So far he had scored four goals and provided ten assists. Another notable key figure lately is the Portuguese international Andre Silva who has bagged six goals since the restart.

The Royal Blues, on the other hand, will focus more on the defence first before building up a counter attack, especially when they are up against the stronger side. The Turkish defender Ozan Kabak and Alexander Nubel will be the key men to watch in this game.

Adolf Hutter’s men’s form lately, apart from the one in DFB Pokal, has been more convincing than Schalke’s side. The visitor has been winless in the last thirteen games. Such is likely to endure considering their difficulty in scoring goals from time to time and the crisis in their squad. A definite win for the home side is on the clock.

Frankfurt is the clear favourite as expected with the odds to win at 1.70, whereas Alexandre Nubel and Co are only backed to win at 4.50. The draw result is slightly lower at the value of 4.10.